My Dad Has Diabetes, Will I Get It Too? 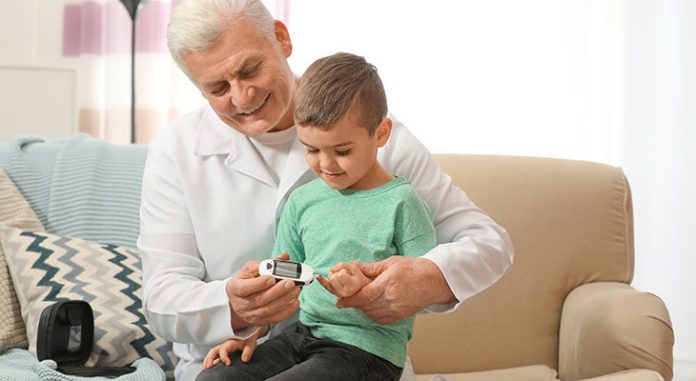 You may want to know how you developed diabetes

I even worry about whether my child will inherit diabetes. Since diabetes is a disease characterized by high blood sugar, many people have questions: whether intake of sugar will cause diabetes?

The World Health Organization points out that diabetes is the main cause of blindness, kidney failure, heart disease, stroke and lower limb amputation. The number of diabetic patients rose from 108 million in 1980 to 422 million in 2014.

Type 2 diabetes has a strong family genetic predisposition. The factors that cause insulin resistance in the body include genetics and lifestyle.

When your body cannot use insulin well, insulin resistance occurs. The body’s resistance to insulin is the most common cause of type 2 diabetes. If your parents have type 2 diabetes, it doesn’t mean you will get it, but obviously you will have a higher chance of getting it than the average person.

Most people with type 2 diabetes have their bodies resistant to insulin, resulting in insufficient insulin secretion. As insulin is resisted, the body needs more insulin to maintain normal blood sugar levels. In order to meet the body’s needs, insulin-producing cells (called beta cells) in the pancreas need to produce a larger amount of insulin.

Over the long term, the ability of beta cells to respond to changes in blood sugar decreases, leading to a shortage of insulin, making the body unable to effectively lower blood sugar levels. With age, most people have some insulin resistance, but insufficient exercise and overweight can make the situation more serious and greatly increase the possibility of developing type 2 diabetes.

Type 2 diabetes can occur at any age, but it is most common in middle age. Common symptoms include frequent urination (polyuria), frequent thirst (polydipsia), fatigue, blurred vision, tingling or loss of sensation in hands and feet (diabetic neuropathy), slow wound healing and weight loss.

Do you know, Green Tea Can Help With Diabetes?

These symptoms will slow down over time appear. Without medication or diet to control blood sugar levels, type 2 diabetes can cause long-term (chronic) health problems, including heart disease and stroke, nerve damage, and damage to the kidneys, eyes, and other parts of the body.

Type 2 diabetes is a complex disease caused by the interaction between genes and the environment.

Studies have found that there are at least 150 DNA variants associated with the risk of developing type 2 diabetes. These changes are mostly common and exist in both diabetic and non-diabetic patients.

Everyone has some changes that increase risk and reduce risk. It is precisely because of this that it helps to determine the likelihood of a person suffering from this disease.

Most genetic variants associated with type 2 diabetes are thought to work by subtly changing the number, timing, and location of gene activity.

These changes will affect genes related to type 2 diabetes, including the development and function of beta cells in the pancreas, the release and processing of insulin, and the sensitivity of cells to insulin.

However, for many variants associated with type 2 diabetes, the mechanism by which they cause disease risk is unclear.

A person’s genetic variation will contribute to his/her risk of developing type 2 diabetes along with his/her health and lifestyle.

These factors are directly or indirectly related to the body’s ability to produce and respond to insulin.

Health conditions that cause this disease include: overweight or obesity, insulin resistance, pre-diabetes, and a type of diabetes that occurs during pregnancy (called gestational diabetes).

In addition, some unhealthy lifestyles such as smoking, poor diet and lack of exercise can also increase the risk of type 2 diabetes.

Don’t Panic If Your Dad Has Diabetes

Many health conditions are caused by the combined effects of multiple genes or the interaction between genes and the environment. This disease usually does not follow the above-mentioned genetic pattern.

Diseases caused by multiple genes or the interaction of genes with the environment include: heart disease, type 2 diabetes, schizophrenia, and certain types of cancer.

Although type 2 diabetes has genetic risks, it is also important to maintain a healthy and active lifestyle.

If there is a genetic mutation of type 2 diabetes in your body, but some controllable human factors such as healthy diet and exercise, these will help curb the occurrence of diabetes.

@2021 HealthySketch. All rights reserved. The content of this site is shared by users, and only used for referrence. It cannot be used as diagnosis or medical treatment guideline!

The six reason your baby crying for stomach flatulence

What Sunscreen Is Best For Girls — JAPANESE SUNSCREEN

The Benefits Of Sleeping Left Side

We will mail you the latest information and stuff, don't worry, you will love it ~